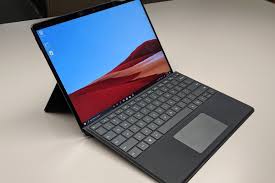 This issue was earlier fixed with the June’s round of Patch Tuesday updates. But, Microsoft took a little extra time to remove the blocking installation issues. And, in certain cases, the Surface users even failed to get back to the earlier Windows 10 version 2004.

Moreover, whenever the user tries to update the Windows system, they are automatically getting a popup message, notifying that, “Windows 19 May 2020 isn’t ready for your PC”.

How Microsoft Deals With this Installation Blockage Error?

Even after the June 9 Patch Tuesday update, some of the Surface Pro and Surface Laptop 3 users are still unable to install the May Update. Additionally, Windows provides an opportunity for the Surface users to apply the May 2020/2004 feature update again in the respective devices.

But, even after patching, the users get several other issues associated with the Windows Update. So, it is suggested to avail professional help from the Microsoft Surface service center Dubai such as Mobile Repair Dubai, to overcome these update issues.

Detailed Information About Windows May 2020 Update

Windows announced on May 27th, that a new feature update is set to be released. And, with the May 2020 Windows update, a dozen of other previously triggered issues came up which were already unsolved.

Additionally, the Surface users who tried to get this latest update on their devices got into more trouble. And, one of the major issues that came up was, whenever the Surface Pro users are turning on their devices, an unexpected restart is taking place. Furthermore, the Surface devices with more than one “Always On” or “Always Connected Network adapter” are facing this kind of critical issue.

Here are the major Surface devices, where issues with Windows 10 May 2020 update have been fixed by the professionals:

In this current date (10.07.2020), Microsoft launches another version of KB4557957 (OS Build 19041.329). And, the Always-On and Always Connected issues can be resolved now with this recent update. This feature helps to improve the performance of the Windows system and repair the known update issues easily.

And, the Microsoft Documentation stated that to overcome the update issues, they have made it compatible for all the Windows 10 devices including Surface Pro and Surface Laptop 3 users. This latest fixed update is applicable for all kinds of firmware and drivers that are linked with Windows 10, 2004 version.

Probable Fixes that Needs to be Implemented

Microsoft has already announced that only the compatible Surface device will be able to download and install the May 2020 update. And, if you are unable to do so, your device is not yet ready for this update.

Furthermore, this issue began when Microsoft opted for testing the Release Preview Ring Custeors. And, took initiative in rolling out the mainstream recipients. But, no one associated with Microsoft has disclosed such an issue publicly.

error: Content is protected !!
Open chat
1
Hi There!
Please tell us how can we help you?
Call Now Button